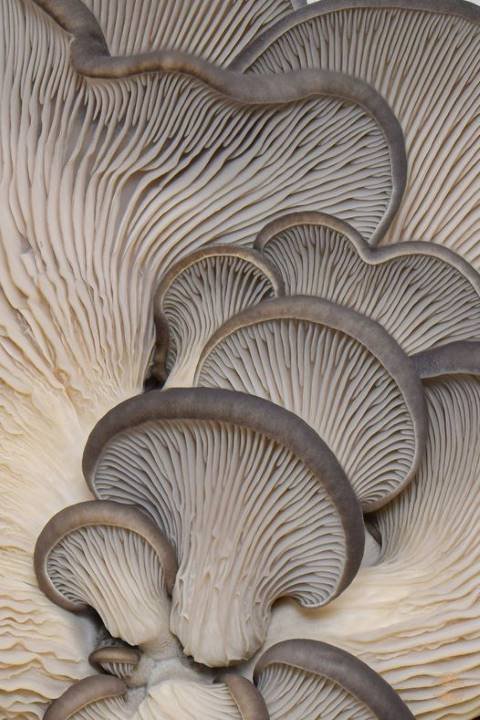 Edible mushrooms are growing in popularity, and they are commonly used as a delicious ingredient in several dishes across the world. Oyster mushrooms are very rich in taste and nutrients.

Oyster mushrooms (Pleurotus ostreatus) are common edible fungi that are long known for their amazing nutritional and health benefits. They are rich in nutrients and their protein value is comparable to meat. However, care must be taken to avoid poisonous look-alike of oyster mushrooms.

Here I will share a few tips with you on how to correctly identify oyster mushrooms to avoid toxic look alikes.

Let’s take a close look at some characteristic features of edible oyster mushrooms.

Take a close look at the cap of oyster mushrooms. It is usually fan or oyster shaped measuring 2 to 10 inches (5 to 25 cm). The cap will be smooth with no scales or warts. The cap usually grows in a shelf like manner with overlapping clusters. The color varies from light to brown with white firm flesh. The gills are decurrent and white colored.

Oyster mushrooms are edible fungi that produce spores. The spores are lilac grey colored. To identify the spores, it is advised to make a spore sprint on dark background.

Another important feature to identify oyster mushrooms is their characteristic smell. Oyster mushrooms have a mild anise smell. They have a sweet odor just like licorice.

Oyster mushrooms are basically saprotrophic in nature which means they feed on dead organic matter. This is the reason you will often find them growing on dead or dying trees and logs.

Oyster mushrooms mostly grow on deciduous trees (deciduous trees are those trees that lose their leaves). They often grow on aspen, beech, and occasionally on conifers.

How to rule out poisonous look alikes of oyster mushrooms?

All these mushrooms are edible and completely safe for human consumption. If you mistake king oyster for king tuber you will not be poisoned as both types are safe for consumption.

You might be thinking if there are any toxic look alikes of oyster mushrooms.

Jack-O-Lantern mushroom is bioluminescent. The gills of these mushrooms give a blue-green hue under low light conditions.

Though oyster mushrooms are delicious edible mushrooms the ghost fungus is not edible, and it can be poisonous upon ingestion. It is not fatal, but it can induce vomiting and severe abdominal cramps.

The fungus usually grows in Australia, Tasmania, and Japan. Recently, it has also been reported in India. If you are not living in any of these areas, you might not find it. However, you still need to be careful while eating wild mushroom species. Read more about hunting for Oyster Mushroom here.

Funnel mushroom induces several toxicity symptoms after ingestion. It is known as sweating mushroom because it induces increased sweating along with abdominal pain, diarrhea, nausea, blurred vision, and abnormal breathing.

Oyster mushrooms are edible fungi that are highly rich in taste and nutrients. These mushrooms commonly grow in wild on wooden logs. However, care must be taken to select an edible oyster mushroom species because they have a few poisonous look alikes that can be very detrimental to human health. Poisonous mushrooms can induce several symptoms such as nausea, vomiting, diarrhea, abdominal cramps, vision defects, and abnormal breathing. To avoid eating poisonous mushrooms you can seek help from experts or use information and pictures available in the literature and the internet to identify mushrooms.

For more queries and questions related to growing oyster mushrooms feel free to write to us. 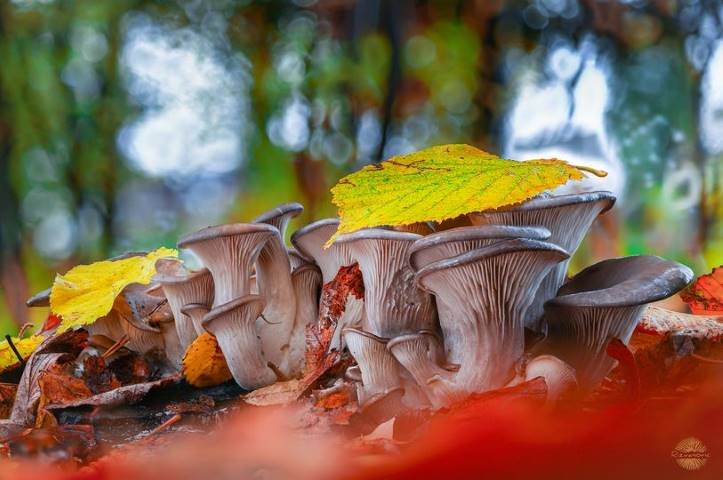 Why and how to dry Oyster mushrooms? 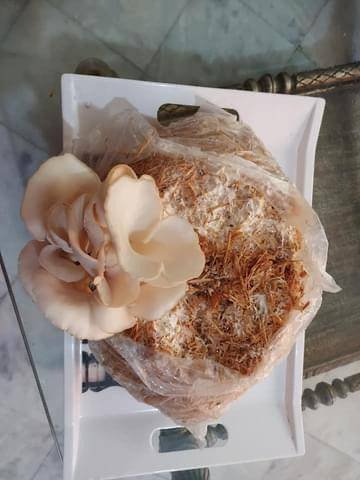 I have completed Ph. D. in Plant Pathology, Agricultural Sciences. I am an active writer with quite a nice number of publication in well reputed international scientific journals. We have Oyster mushroom farm as our family business. So this website is combination of my love for writing and mushroom growing.

View all posts by Anamosa →

How to make oyster mushroom spawn

No comments found.
No tags created.